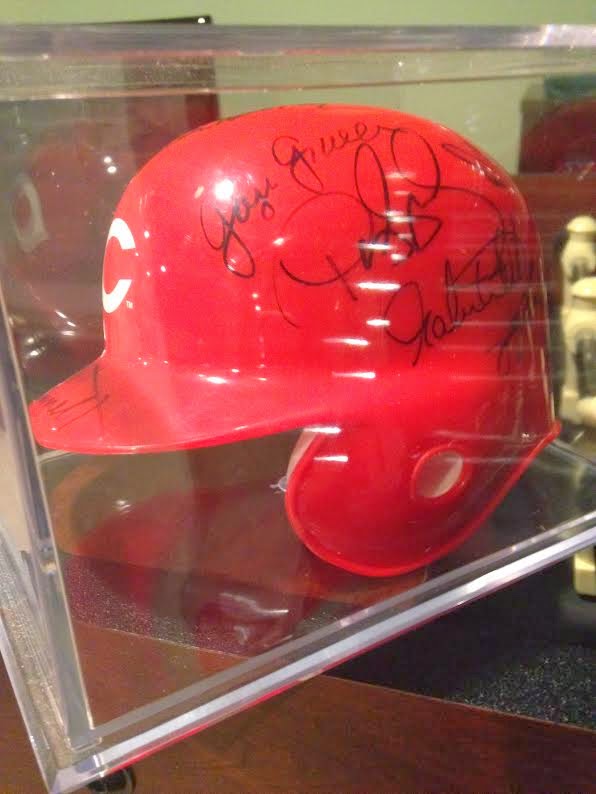 Today wraps up my mini helmet posting and, in my humble opinion, I think I saved the best for last. This is my favorite mini helmet in my collection just because it has the ear flap. To me that's just cool. Anyway, there are a smattering of autographs on this helmet including, but not limited to, Danny Graves, Jim O'Toole, Brett Tomko, Gabe White, Chuck Harmon, and Gene Bennett. So there you have it folks. Hope everyone has a great weekend and a lovely St. Patrick's Day this Monday.
Posted by Reds Card Collector at 10:03 AM No comments: 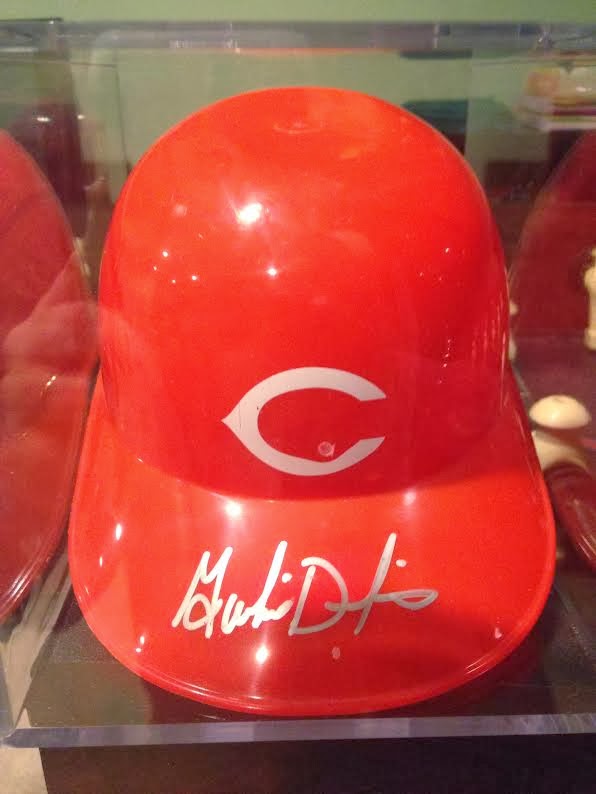 Did you know that Travis "Gookie" Dawkins won a gold medal for the U.S. Olympic baseball team in the summer of 2000? Seems like an eternity, doesn't it?
Posted by Reds Card Collector at 8:49 AM No comments: 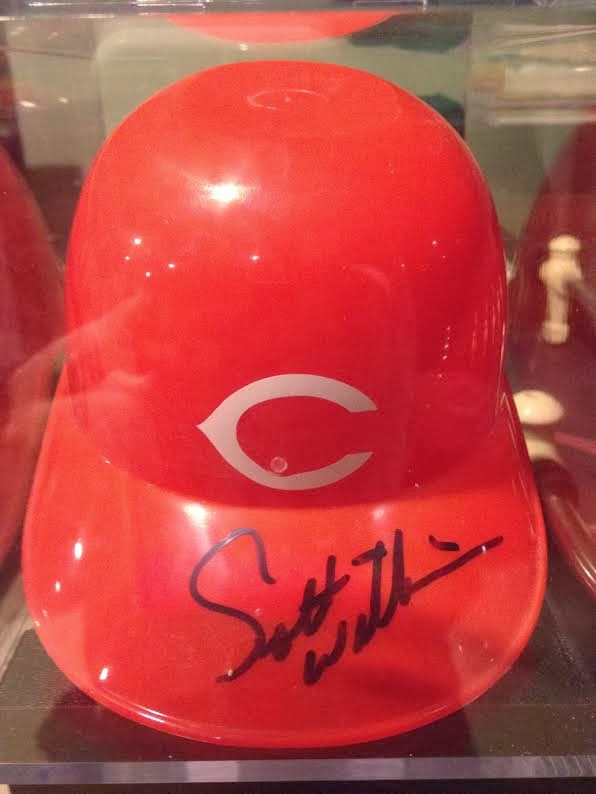 Another day of snow here on the North Coast, but that's ok since Spring Training is well underway and Opening Day is a little over two weeks away. I have to wonder, with all the snow here in the greater Cleveland area, will Opening Day be snowed out once more? Not much going on in regards to cards lately. I'm still trying to decide what to spend my weekly allotment on. So in the meantime, I'll be posting my collection of autographed mini helmets. Not to worry, I only have three so today, tomorrow and friday will wrap up this short segment. Today's contestant is none other than former National League Rookie of the Year...Scott Williamson. One tidbit of information I did not know was that when the Reds were trying to trade for Griffey Jr. back in 2000, Scott was highly sought after by the Mariners but was a prize Cincinnati wasn't willing to relinquish to get Jr. back home.
Posted by Reds Card Collector at 8:56 AM No comments:

Another Tobacco Card for My Collection! 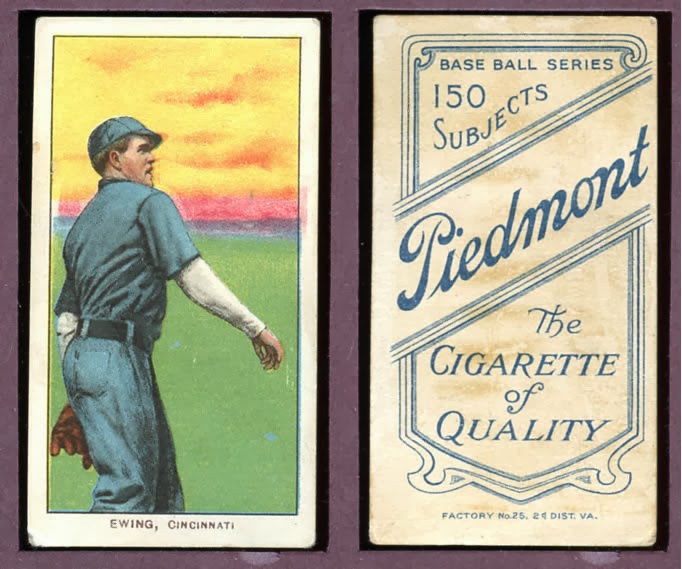 It's been almost two months since I've made any progress on my 2014 collecting goals. There were a lot of reasons why I hadn't made a dent in that list for so long, mainly due to getting sidetracked. When one starts a player collection, purchases an old catcher's mitt, grabs a mess of kahn's cards, and buys an autographed photo then it's easy to see why. Well it's time to get back on track. I've had my eye on this card for a very long time. I know the back isn't in the greatest shape, but considering how well it's stood it for the past 105 years I won't complain. This is by far my favorite T206 that I have in my collection. I love the depiction of Bob Ewing on this card. The setting of a summer sun in the distance and lush green grass makes my heart long for July.
Ever since I started collecting baseball cards when I was ten years old, I never thought I would be able to have cards from the 50s, 60s and 70s in my collection, let alone tobacco cards. But now hat these cards now reside in my binders, I can say that it I would still take these cards any day over the latest and greatest cards that are produced. I don't know what it is about vintage cards that I like so much. Maybe it's because they harken back to a time when things were simpler. Or it could be that when I stare down at them I wonder about the journey they took from the time they first came out of their package to the moment they were placed into my binder. I'm sure if these old cards could talk, they would have some great stories to tell.
Posted by Reds Card Collector at 10:55 AM No comments:

Hey Dodger Fans, Can you Help me Out? 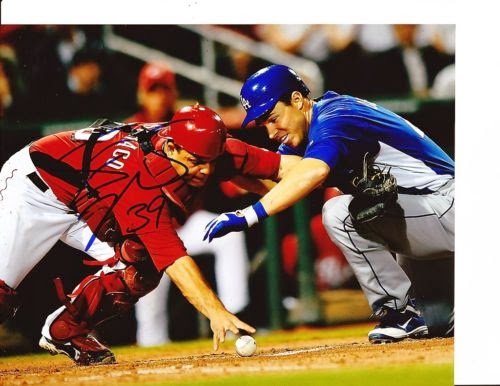 I recently picked up a new photo for my Cincinnati Reds man cave, an autographed 8 x 10 play at the plate of current Cincinnati Red's catcher Devin Mesoraco. This is by far one of my most favorite autographed items that I own. I'm still disappointed that major league baseball has essentially killed the play at the plate and I do think that it'll take away some of the excitement associated with the game. I'm hoping to finish up the man cave by the end of this year and I can't wait to display this photo for all to see. Here's where I need help from Dodger fans. Does anyone know who the boy in blue is that Mesoraco is struggling with? Just curious that's all.
Posted by Reds Card Collector at 9:34 AM 4 comments: