Things have been crazy lately and as a result, I haven't had time to post. Hopefully after this week I can get caught up and start posting more to the blog. In the meantime, I just wanted to say that I'm anxiously awaiting the arrival of Saturday when I'm off to my first National. This will be my first time experiencing sports collector overload so I'm hoping that I don't go over budget and keep to my plan of strictly Reds cards or my vintage Topps needs.
Posted by Reds Card Collector at 10:43 AM 2 comments: 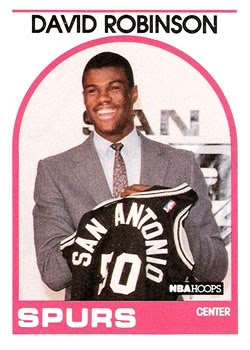 Here's the other basketball card set that I have in my collection. I remember vividly of collecting this set back in the day strictly for this one particular card. The Admiral's rookie card commanded a lot of money back then (around $30 if I remember correctly) as well as the Piston Championship card. I love the simple design of this set. The white border and photography  are complemented with the player portrait photo on the back of the card. The all-star game cards are a nice addition to the set as well. With a set size of 354 cards, it was definitely one of the larger basketball sets to put together at the time.
Posted by Reds Card Collector at 8:10 AM No comments: 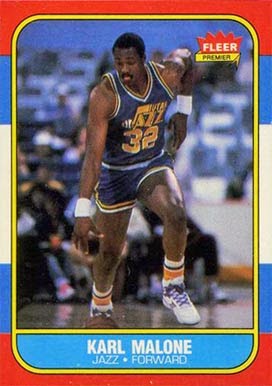 With this week being the All-Star break, I've decided to take a break from blogging about my Reds collection and focus on the non-baseball aspect of my collection. I'm starting with the once remaining set I'm in the process of completing. I was a huge basketball fan back in the early 90s during, what I believe to be, the golden era of basketball. Growing up in the Cincinnati area, there wasn't a hometown team to cheer for. My uncle had always been a Cincinnati Royals fan and would tell me stories of the "good old days" when the Queen City had a hoops team. I decided at the time to ally myself with the Chicago Bulls since all the cool kids in school sported air jordans and I could never talk my mom and dad into shelling out over $100 for a pair of sneakers at that time. I came to the conclusion that the next best thing I could do would be to get my hands on some of MJ's cards. Eventually, one saturday afternoon I caught my first glimpse of Michael Jordan's 1986-87 Fleer rookie card at the card shop. I was in awe. After that I promised myself that if I could not only acquire that card but the entire 1986-87 Fleer basketball set I would.
The past few years I've slowly been working on completing that goal. When my uncle passed away a few years ago I decided I would start on this set. Today I'm only five cards shy of completing both the base set and the sticker set. I'm still missing both the Jordan base and sticker cards, but I think by the end of the year I'll be able to get the Magic Johnson, Hakeen Olajuwon and Charles Barkley cards. I'm not much of a basketball fan these days, but it's nice knowing that I'm close to completing a set that thought I would never come close to completing over twenty years ago.
Posted by Reds Card Collector at 12:21 PM 1 comment:

Another Tobacco Card for the Collection 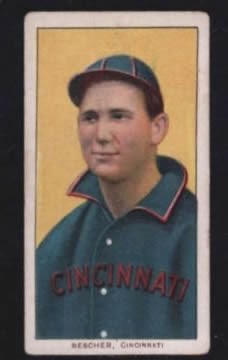 This past week I was able to pickup my sixth T206 card on eBay. The seller was offering a 30% off sale and eBay was offering a $5 coupon if I installed their app on my smartphone. In total I saved more than $10 on this card and it was an offer too good to pass up. I still need to find two ultra pro 15 pocket pages for my binder to house my tobacco cards (even though I'm still 17 cards short of completing the team set).
Posted by Reds Card Collector at 1:16 PM No comments: 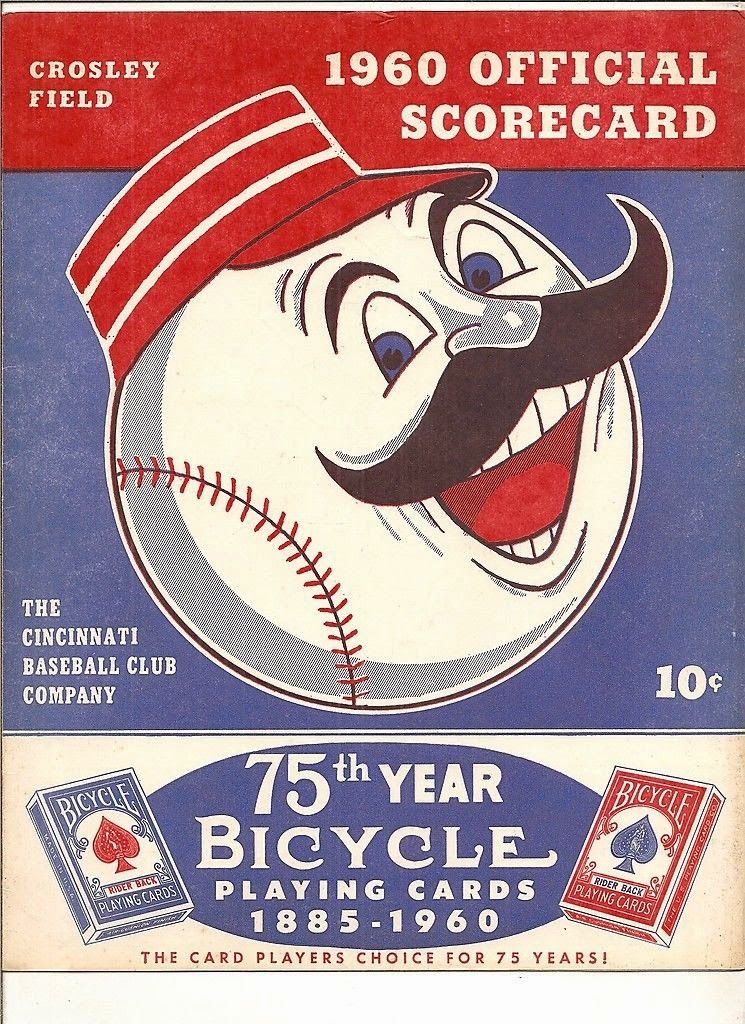 My latest round of buying on eBay netted me this amazing 1960 scorecard. It's been neatly scored detailing the match up between the Reds and Pirates on August 21 of that year.  I have always been enamored in the 50s and 60s when players such as Clemente, Snider, Mays, and Aaron played the game and this scorecard provides a snippet into those days of old. Although the Reds won this game, I like the fact that Clemente did hit a home run in the game. On a side note, I've found that these scorecards make a nice backdrop on the bookshelf that holds my Reds bobbleheads. There are five more scorecards that I would like to get from the 50s and 60s to add to my collection and once I have those I'll make sure to share a pic.
Posted by Reds Card Collector at 5:34 AM No comments: