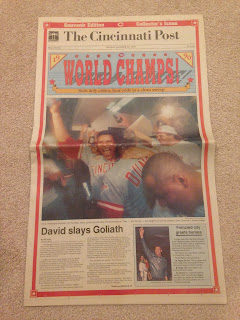 It seems like ages since the 1990 season (26 years to be more precise). The 1990 Reds were a team that no one imagined would win the World Series when the season began, myself included. I still don't know to this day how a scrappy mid market team from the  National League West was able to stay in first place from Opening Day through the end of the season. Regardless, it was a season to remember for Reds fans. This copy of the Cincinnati Post commemorates the Reds spectacular season and World Series championship. I still need to have the newspaper framed for displaying, but I'm happy that it's part of my collection. I don't have much hope for the 2016 season since the Reds appear to be in a rebuilding stage but who knows, they just might surprise everyone like they did back in 1990.
Posted by Reds Card Collector at 10:16 AM No comments: 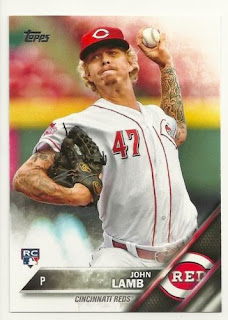 So just about everyone has weighed in on 2016 Topps. Based on the overall feedback it would appear that most of us bloggers out there aren't very thrilled with this year's flagship product. I too am not a fan of this year's design for one specific reason: it's a mashup between Stadium Club and Gypsy Queen. I appreciate the fact that Topps decided to do away with the border on this years design. I also like many of the photos they used as well. Unfortunately, what could have been a good design fails with the fading and blurring background and the obscene amount of space wasted with the peeking logo at the bottom corner of each card. I'm all for team logos on cards, but this was just executed poorly. I purchased a jumbo pack from Target the other day and this was the only Red I pulled. I guess I should be happy that I landed at least one member of my team. The pack wasn't too shabby and I did land some decent cards that I'm more than willing to trade to any of you out there if you're interested. I'm only looking for base 2016 Reds in return (looking for cards 48, 176, 199, 221, 222, 292, 328, 333). Anyway, here are a couple of cards some of you might be interested in. Just drop me an email at lucksc0620 at gmail.com if you're interested. I'll have a complete list of cards available hopefully tomorrow. 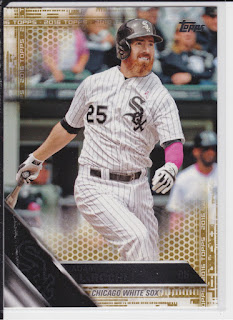 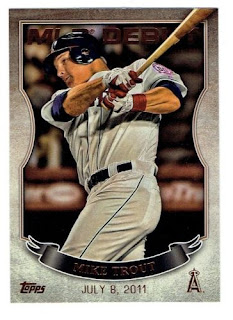 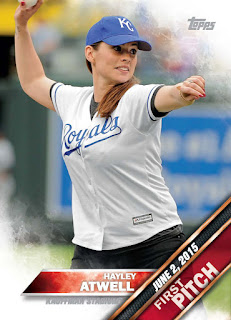 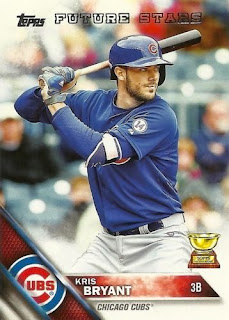 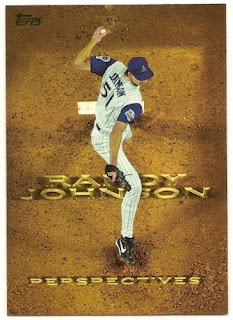 Posted by Reds Card Collector at 8:41 AM 3 comments: 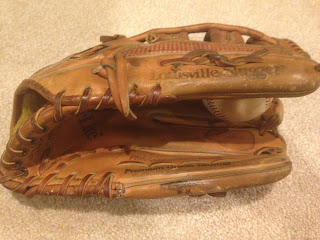 No, I'm not talking about the Donruss sets of the early 2000s (although I have been tempted on numerous occasions to put one of these together). I'm talking about the "elements" that make up the game we cherish. The elements that comprise the balls, gloves and bats of the game. I shared in a previous post my autographed Pete Rose Rawlings black bat and today I've decided to share with you my autographed Pete Rose Louisville Slugger ball glove. There's a bit of a water stain in the glove where Pete signed, but it hasn't affected the signature. Pete will be inducted into the Reds Hall of Fame the weekend of June 24th-26th. In case you're wondering, the ball that I have displayed in the glove is from the August 13, 1999 game when the Reds took on the Phillies at Cinergy Field. It's the only time I've caught a foul ball during a game and it was a nice surprise to occur on my birthday of that year.  The Reds won that game 5-4. 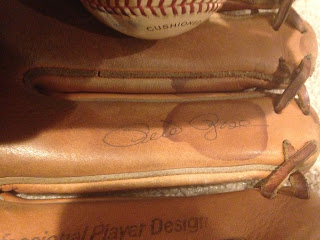 Posted by Reds Card Collector at 7:01 AM 2 comments: