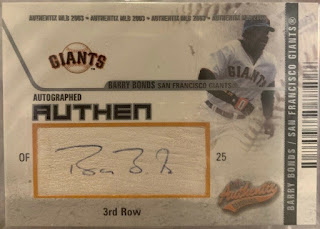 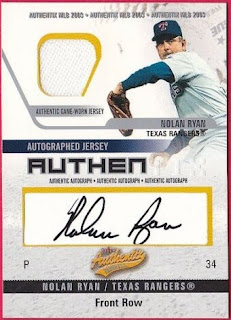 There are three autographs to be found in 2003 Fleer Authentix: Barry Bonds, Derek Jeter, and Nolan Ryan. The Bonds I acquired back in January of this year and the Ryan I finally pulled the trigger on last week and purchased. I think it's fantastic that I now own autographs for the all time leaders in strikeouts and home runs. That just leaves the captain to acquire sometime in the foreseeable future. The other cards I still need are a Hometown Heroes Johnny Damon relic, and base cards of Chin-Feng Chen and Bobby Doerr.
Posted by Reds Card Collector at 8:28 AM